Washimi (鷲美) is a close friend of Gori and Retsuko, and a support character in the Netflix Original series Aggretsuko.

Washimi is the CEO's secretary at the trading firm she, Gori, and Retsuko work for.

Washimi's appearance is based on the Secretarybird (a pun, considering her position as Secretary). She is tall and thin, with white, yellow, and orange face feathers, a mole on her left cheek, gray crown feathers, black wing feathers, white and black tail feathers, and a gray beak. She is rarely seen with her eyes open, owing to her lacking facial muscles. Washimi usually wears a white blouse, black knee-length suit skirt, yellow tights, and orange shoes. She is also seen wearing a purple tank top and black leggings during yoga class and a blue sweater with white pants outside of work. During winter, she wears a blue fur-lined coat.

Washimi is a very calm, practical, no-nonsense woman. She is the voice of reason between herself, Retsuko and Gori, and oftentimes is the one to handle the stressful situations that her friends put themselves in. However, Washimi can be very intimidating when it comes to putting the company CEO back in his place after he steps out of line. Washimi tries hard to make a good impression while dating, but becomes bored quickly and doesn't tend to keep men around for long.

Gori and Washimi hang out a lot outside of work. They do yoga together, go out for drinks, and go to karaoke together. In the episode "Growing Affection", we see them get into a fight because of their differing views on marriage.

Washimi and Retsuko's relationship can be compared to the roles of some sisterly siblings. Washimi takes the role of an older sister to Retsuko sometimes. When Retsuko needs help with something, she often consults with Washimi to find her opinion. Washimi usually gives her advice on the topic or tries to help her out. When Washimi found out Director Ton was abusing and mistreating Retsuko, she informed the CEO of this and forced him to discipline Director Ton. Washimi helps Retsuko feel better about life, work, and relationships.

Washimi likes and admires Himuro as the only director who stands up to Shachou and isn't his yes-man, and feels he deserves more than non-executive director position. When Himuro becomes the CEO and Washimi his secretary, they end up liking each other company and would often play a game of black tea guessing, where Himuro must guess what type of black tea Washimi made. Washimi is loyal to him, but doesn't warn him about Retsuko's plan, however, she still remains close to him after the events of the window dressing.

Washiko is Washimi's younger sister. She works as a Chartered Accountant, and is married to a man named Arihiko but it is said that their relationship is very toxic. 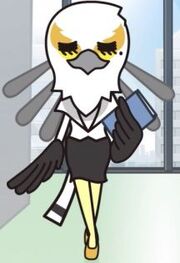 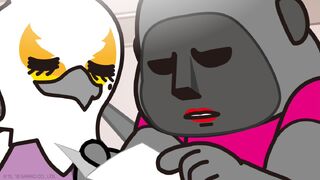 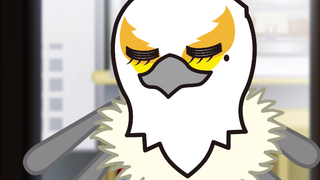 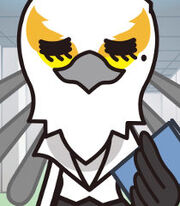 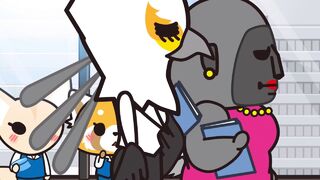 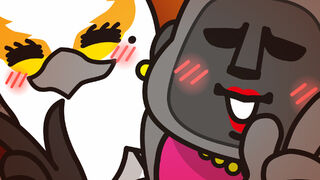 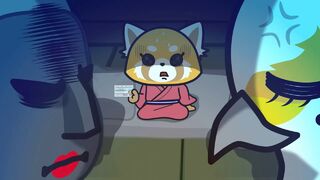 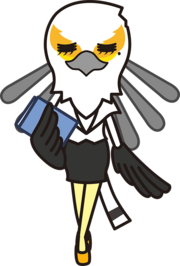