Tsunoda (角田) is a support character of the Netflix Original series Aggretsuko.

Tsunoda is very fashionable and tends to suck up to her superiors in order to get out of actually working.

Tsunoda's appearance is based on a Thomson's Gazelle. She has an orange forehead that points out to her heart-shaped nose, matching orange ears, and pink blush on her cheeks; the rest of her body is orange with white horns, black hooves, and large black eyes. She is always seen wearing a pink blouse with a white collar, a black ruffled skirt, and gray boots. Tsunoda is the only character who does not wear typical office apparel. This can be linked back to her "sucking up," as she can bend the rules based off of favorites in the office.

Tsunoda has a very upbeat and perky personality which can make her seem somewhat ditzy and tends to drive her co-workers crazy. She forever follows Ton around, praising him for his golfing skills. Retsuko brings this up to Tsunoda during dinner to which Tsunoda responds that she does this for a reason: to stay on the management's good side and that she is fully aware that her co-workers think less of her for it. Tsunoda has an active social media and dating life and tries to drag Retsuko and Fenneko into it.

Although friendly to each other's faces, Retsuko and Tsunoda didn't initially like each other. Tsunoda thought Retsuko was lame, and Retsuko thought Tsunoda was a suck-up. They eventually come to an understanding when Tsunoda admits to Retsuko that she is aware of what others say about her and of her own actions, but her actions usually keep Ton in line, and she truly doesn't care what others think of her for it.

As of We Wish You A Metal Christmas, the two seem to be close, with Tsunoda even teaching Retsuko how to properly use Instagram to increase her popularity. Tsunoda is less than impressed with how Retsuko is doing on social media, but happily smiles when she sees that Retsuko chooses to upload poor pictures of her actually having a good time on Christmas rather than forced pictures for 'likes.' This shows that Tsunoda actually cares about Retsuko's happiness. 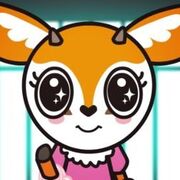 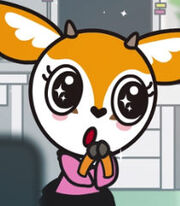 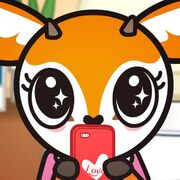 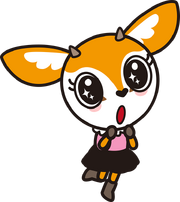