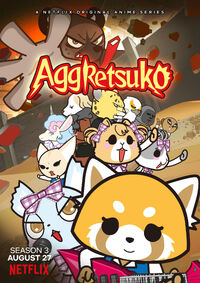 Season 3 is third season of Aggretsuko.

It follows Retsuko as her life becomes intertwined with the OTMGirls; an idol band comprised of Hidarin, Manaka, Migi, and their manager, Hyoudou.[1]

With her financial situation deteriorating through an addition to a virtual reality game, Retsuko is unable to pay for a car accident of her own doing with Hyoudou. They settle on a deal; Retsuko joins the idol group he's managing as the accounting director for the idol group he manages.

Meanwhile, Haida and Fenneko become aware that Retsuko is hiding something from them, and Gori starts up her own marriage counselling app with investment from Tadano. 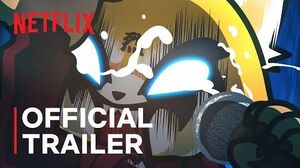