Komiya (小宮) is the chief of the accounting department and a secondary antagonist of the Netflix Original series Aggretsuko.

He works directly under Ton in the accounting department and tends to stroke Ton's ego.

Komiya's appearance is based on a Meerkat. He has fawn fur, brown ears, and black fur circling his eyes.

Komiya is a loud and obnoxious person who is always following in Ton's shadow. He encourages Ton's behavior, and in his spare time searches for new golf courses to try out. He will try to scold other employees in Ton's place, but Komiya is a very flirtatious person, as seen when he speaks to Tsunoda.

In season 3, Komiya is shown to be a massive fan of Idol group bands, even running an influential blog dedicated to underground idol groups.

Komiya and Ton work closely at work and share a lot of interests, like golfing. Komiya often shadows Ton as he goes about his daily duties at work and encourages Ton's bad behaviors, often causing more chaos for the staff.

Komiya often belittles and dismisses Retsuko as a low-level office worker, often siding with Ton whenever he scolds her for whatever reason.

When Retsuko is forced to join the Idol group OTM Girls, Komiya quickly identifies her as part of the group. Komiya immediately starts fanboying over her as he does with any other idols; however, he also agrees to keep her membership of the Idol group secret from the rest of the office. 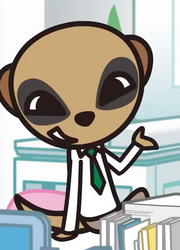 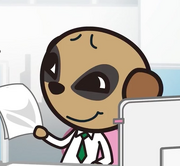 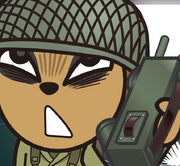 “Retsuko, what are the odds?” 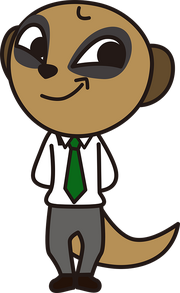