Fenneko (フェネ子) is an office worker and a supporting character in the Netflix Original series Aggretsuko.

Fenneko is Retsuko's closest co-worker and is a renowned social media stalker.

Fenneko's appearance is based on a Fennec Fox. She has light fawn fur across her entire body except for a dark fawn tripoint stripe down her forehead.

Fenneko is quiet, perceptive, and can easily figure out what her co-workers are thinking just by watching their mannerisms. Fenneko thinks it's hilarious when Retsuko puts herself in embarrassing situations at work and is rightfully angered by how the higher-ups treat Retsuko. Fenneko is a self-proclaimed pro social media stalker, and while she is always right, Fenneko gets extremely confused if she thinks that she might be wrong in her observations. She is very opinionated and judgmental, and isn't afraid to voice those opinions, like when she told Haida in We Wish You A Metal Christmas that he should just give up on Retsuko since the latter has already rejected him once. She can occasionally be a nasty person even to her friends, such as when she exposed Haida's family background and then sent the evidence to Retsuko without his consent even when he protested.

She has a signature monotonic robotic laugh that she lets out at least once per season, but she laughs normally when drunk.

She has a habit of trash talking stuff before she even tries them but becoming addicted to them once she tries them. This is the case with group dates, smartphones, and virtual reality dating simulators.

Retsuko and Fenneko became friends sometime after they both started working for the same trading firm. They don't seem to have a lot of similar interests or hang out often but likely became close because they sit next to each other in the office. They do go out for drinks and dinner occasionally, and Fenneko accompanied Retsuko to a mixer that Tsunoda invited them to.

Haida and Fenneko are close friends and drinking buddies, and until Episode 10, Fenneko was the only one who knew of Haida's secret crush on Retsuko. Fenneko would try to keep guys away from Retsuko in order to give Haida more time to work up the courage of asking her out. But after Retsuko rejected Haida, she no longer saw reason to help out and even told Haida he should just give up on Retsuko. After Retsuko showed signs of liking Haida back, she continued encouraging Haida to ask Retsuko out and worked together with Tsunoda to bring them both together.

At times, Fenneko can be a bad friend to Haida, such as when he begged her to help him get Tsunoda off him, but instead she exposed his family's relatively wealthy background which made not only Anai and Ookami badmouth about him, but also caused Tsunoda to become more overbearing, as well as further crushing his self-esteem.

Fenneko and Kabae become close by the end of Season 2 due to their mutual need to find out if Retsuko is dating anyone and who that person might be.

Fenneko and Tsunoda consider each other enemies and strongly dislike one another, only tolerating each other for their shared friendship in Retsuko. Fenneko can often be heard criticizing her over what she does on social media. In Season 4, they started working together to bring Haida and Retsuko together, even going for lunch together at some point indicating that they don't dislike one another as much anymore, possibly even becoming friends.

Manumaru and Fenneko met at the mixer and were implied to hit it off and possibly hint at a romantic interest. While Manumaru has been absent from the anime since, so their relationship is left ambiguous. 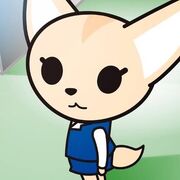 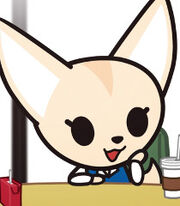 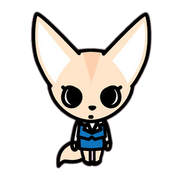 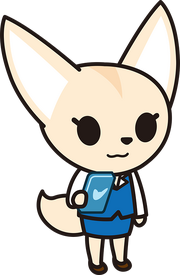