Season 2 was announced on July 5, 2018 with a trailer posted on the official Netflix YouTube channel, and concludes highlighting a 2019 release date.[1] The season premired on June 14, 2019.

Season 3 was announced on August 4, 2019 with a poster on Netflix Japan's official Twitter page, and premiered on August 27, 2020.

Season 5 was announced with a post-credits image at the end of "Rendezvous", the final episode of season 4.

Written and directed by Rarecho, the series centers around Retsuko's day-to-day life as an accountant at a Japanese trading firm. Dealing with everything from sexist superiors to obnoxious co-workers, Retsuko vents her emotions through death metal at the local karaoke bar she frequents.

After five years of being a corporate slave, she forms an unlikely friendship with the CEO's secretary and the company marketing director. Will this be the break she needs to finally better her work life? 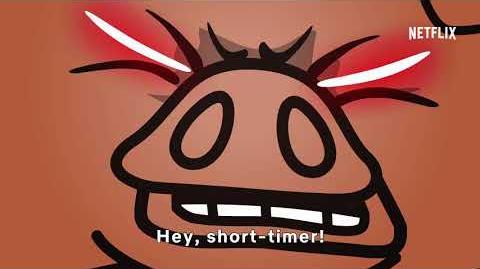